This year the CinemAmbiente Festival is not taking place at the end of October, as is usual. It is held some weeks earlier to coincide with the 3rd WEEC (World Environmental Educational Congress) which takes place in Turin this year. The two events are in some ways ‘twinned’, so as to place the city at the centre of attention of all who are concerned with environmental protection. The CinemAmbiente Festival is in its eighth year and has strong national and international links. It is a tried and consolidated event with high quality of contesting films, a knowledgeable jury, impressive first showings and an increased number of sponsorised awards. The Festival has enjoyed a successful growth, focusing on dramatic themes of current importance. The discovery and appreciation of ‘environmental’ cinema has been shown to be of the utmost value. There is a great increase in the production of films dealing with ecological problems both in a direct and metaphorical way. Their quality is also improving and therefore we can see an increase in manifestations based on the model of our Festival, which has had eight years of experience. Special events at our Festival include some first showings of films that will be released for circulation immediately afterwards. The producers of ‘Microcosmos’, Claude Nuridsany and Marie Pérennou, are presenting ‘Genesis’ with the Lucky Red. This film tells of the origin of life. National Geographic and Amref are showing ‘Pinocchio nero’ by Angelo Loy, about a group of street-boys in Nairobi who interpret a play of the same name. Fandango proposes ‘Soy Cuba, o Mamute Siberiano’, a documentary showing the making of the film ‘Soy Cuba’ in the 1960 by Mijal Kalatosov. It was a mammoth Cuban-Soviet production which was immediately withdrawn from circulation. It has been rediscovered by Martin Scorsese and Francis Ford Coppola and their documentary portrays the social and political climate in Cuba at the time of the cold war. ‘La terre vue du ciel’ is a film by the Frenchman, Renaud Delourme. It will bring the festival to a close with a new portrait of our planet through photographs by Yann Arthus-Bertrand. The patroness of the manifestation will be the TV journalist, Sveva Sagramola; she is committed to the defense of African peoples by means of a video illustrating some of the 25 reports she has made in Africa. We are further honoured in presenting the first showing of ‘Chats perchés’, an ironic feline production and the latest film of Chris Marker. The International Documentary Contest has received entries from 11 countries, from Holland to Lithuania, from France to Canada and from the Czech Republic to Greece. An Italian film will also participate for the first time, showing the increasing attention this topic is attracting among our directors. The Italian Cinema Contest will include representatives of the most promising directors, whose range of production has widened this year to include environmental problems. The whole festival pays particular attention to the African continent. This year the Global Vision section has the sub-title, ‘Pictures of Africa’, and presents a series of films on problems specific to the African environment. We have already mentioned ‘Pinocchio nero’ and the ‘Reportages’ of Sveva Sagramola. Also in the contest is ‘Acampamento de desminagem’ from Mozambique. There will be a round table of distinguished university lecturers, who will be discussing some of the most urgent problems regarding Africa. It is being organized in collaboration with the Italian Association of Geography Teachers. Showing at the Festival, and eagerly awaited at cinemas, is ‘Darwin’s Nightmare’ by Hubert Super. It tells of the alteration in the biological equilibrium caused by the introduction of Zander fish into Lake Victoria, one of the side-effects of globalization. We can therefore confirm that the problems and riches of Africa take pride of place in our eighth CinemAmbiente Festival. The ‘Verità della finzione. Alle radici del cinema diretto’, is a flash-back with a selection of French documentaries from the 1950s and 60s. Tributes to Robert Flaherty, Joris Ivens and Vittorio De Seta are followed by Italian documentaries from the 1930s and productions by Cinefiat. Thus our search into the past of the cinema continues, with reference to the cine-camera and its capturing of the environment, industrial development and social evolution. The Panorama section includes a selection of new or experimental works and also six documentaries from the ‘Dogumentary’ project, thought up and edited by Lars von Trier in 2001. These films follow the guide-lines of the Dogma manifesto, now extended to documentaries. This collection reflects both the precepts of the Dogma and the personal influence of the directors. Progetto Ecokids section deserves special attention. Our Festival has always considered the educative aspect of films and dedicates morning shows to children. This activity will continue throughout the Festival at the Massimo cinema, the traditional venue but will extend to other towns in the Province of Turin, including Rivoli, Grugliasco, Collegno, Settimo, Beinasco and Rivalta. Throughout the year there will be showings, analyses and in-depth treatment of films within schools and suggested first showings at cinemas. Courses on video production will be organized, with the aim of producing short-length environmental films. All this has been ideated in collaboration with the Provincial Council of Students in Turin. Together, we are proposing the environmental ‘Festa del Riuso’(Using Again Festival) at the start of the year, where various and varied objects will be exchanged. Some of the Festival activities outside Turin should also be mentioned. There is the Anteprima CinemAmbiente at Cervia, with warnings from a marine section and a replication of ‘Global Vision – Immagini dall’Africa’ in Rome, in collaboration with the National School of the Cinema. In the spring there will be a review of environmental films produced by students in Val Bormida. Our grateful thanks go to the institutions who have supported us, to the directors, producers and distributors who have supplied their films, and to the ‘magical equipe’ that has made the Festival possible.

PRESS OFFICE
Loredana Leconte
with the collaboration of Daniela Puddu

TECHNICAL EQUIPEMENT
Over (TO)

Aftershocks A Rough Guide to Democracy 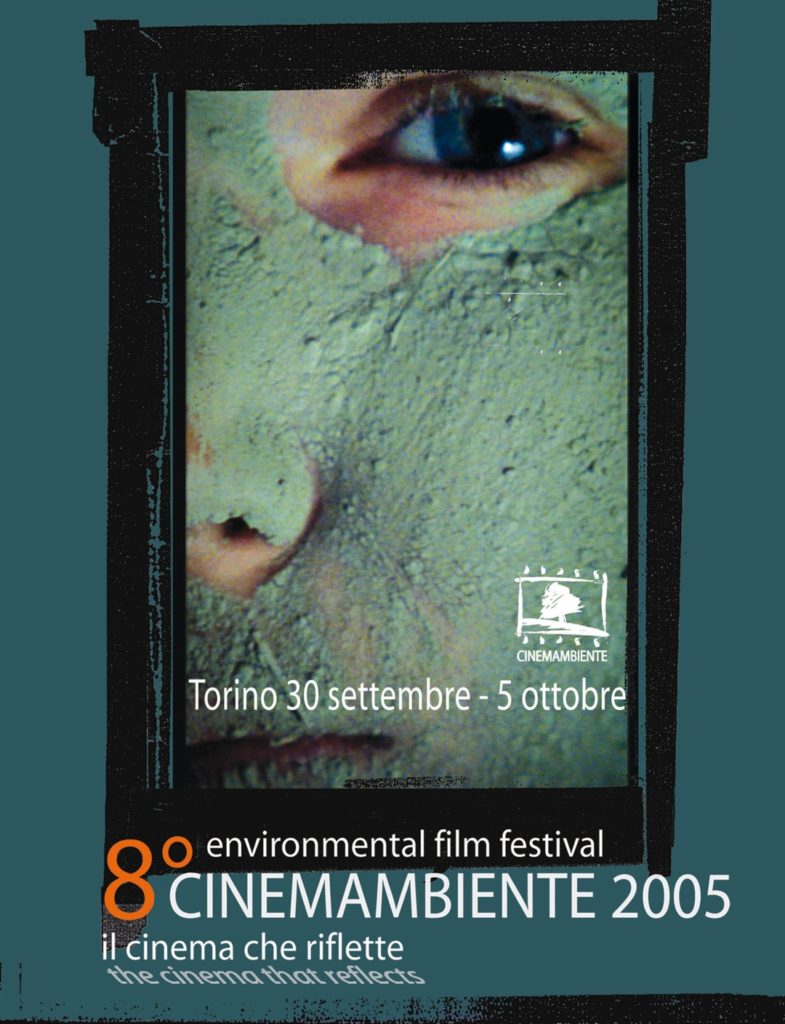