This year Cinemambiente reaches new heights as Italy’s number-1 showcase for cinema dedicated to environmental, ethical and social issues. After seven years of hard work and dedication, we note with pleasure that our festival’s blend of screenings and debates, cinematographic quality and high content value, entertainment and educational films, the continuing presence stars from the world of cinema and environmental militants, has become a formula that boasts numerous attempts at imitation. Indeed, environmental themes now inspire tens of film festivals and series across the globe. The hundreds of films presented at Cinemambiente have become a core component in the attempt to expand environmental education through the medium of cinema. Focal-point for the over one hundred films served up by this year’s edition will be, as always, downtown Torino’s Cinema Massimo. Screenings are also slated for less traditional venues such as the Amantes club, which will host a series of experimental films, and the new Cafè Liber, where the group Yo Yo Mundi will provide a live soundtrack for Nunca Mais, on the recent oil spill and ensuing ecological disaster that plagued the Spanish coast (the film debuted last year at Cinemambiente). Don’t miss the festival’s opener, premiere of the spectacular Deep Blue - which explores the oceans’ depths and promises to be a big box office hit. Another absolute must is The Corporation - an in-depth investigation of multinational firms and their influence on government policy-making; the film is based on the studies of Joel Bakan, who will be on hand at the screening. The competition sections feature films that take a behind-the-scenes look at environmental and social issues. Some of these issues have been completely ignored by the media, while others have already been reported on. 100% Cotton - Made in India is an investigation into cotton production methods in India and working conditions. Blue Vinyl provides an in-depth look at damage linked to the production of PVC, the plastic that has invaded nearly every product sector. Power Trip takes us on a journey through today’s Russia, where the control of energy sources and political control become one and the same thing, an unslakable thirst for power on which the lives of millions of persons depend. The uproarious Pretty Dyana shows the inventiveness of a group of Gypsies from Belgrade, who transform old Citroen Dyanes. In the outrageous Surplus, Italian-Swedish director Erik Gandini uses an alluring style somewhere between video clip and documentary to reveal the essence of the consumerist ideal. Conspicuous and growing, both in terms of quantity and quality, is the presence of extremely interesting Italian docs that denounce environmental disasters and crimes perpetrated in the Bel Paese. Crimini di pace, produced thanks to a local fund-raising drive, is an attack on the Sicilian oil refinery nightmare and the Agusta disasters. Seveso 10 luglio 1976 uses archive film footage to recount the Icmesa dioxin disaster. Indistruttibile is a denouncement of yet another case of unsustainable development - the Eternit plant in Casale, responsible for hundreds of asbestos-related deaths. The broad range of topics covered continues with Tecnologie avanzate, which offers new insight on uses for old computers, the disposal of which has become a growing environmental emergency. Gigante da salvare points out the problem of high-altitude pollution and the delicate Alpine ecosystem. The films in each of the three competition sections (documentaries, shorts, Italian productions) will be judged by six juries composed of 24 members. We are especially proud that this year an important environmental association like Legambiente is sponsoring an award and is participating with a jury of Legambiente leaders. This year’s youth section features simultaneous screenings at Cinema Massimo’s three theaters, with productions by elementary, middle and high school students. As always, Cinemambiente is committed to retrospectives and special screenings. The Global Vision section is dedicated to Argentina, and takes a look at current environmental and social issues there. Our guest of honor will be Fernando Solanas, who received a lifetime award at last year’s Berlin Film Festival; don’t miss the Italian premiere of his most recent film Memoria del Saqueo. Another retrospective features films produced by Panaria Film, the Sicilian production house founded by Prince Francesco Alliata, who will also be joining us at the festival. Now over 80, Alliata was a pioneer of Italian and world cinema. Among his many accomplishments, he is known as the inventor of the underwater movie camera. During the post-war period he sought to make Sicily a major film production center; besides numerous documentaries, he also produced classic features like Jean Renoir’s The Golden Coach and Volcano starring Anna Magnani (Cinemambiente viewers will be treated to the restored version, which was shown at the this year’s Tribeca Film Festival in New York). This year’s Cinemambiente special events include the conference entitled L’Occhio di Marte on media coverage of war - a day of reflection and viewing of war news reports hosted by Daniela Giuffrida and Sergio Tuffetti. An expert discussion panel features Giovanna Botteri (a RAI 3 news correspondent), Mimmo Lombezzi (Mediaset), Gigi Riva (Espresso magazine), Guido Rampolli (La Repubblica), Father Antonio Albanese (Visna) and Mimmo Candito (La Stampa). The event also promises an interview especially recorded for Cinemambiente, of journalist and former militant protest leader Adriano Sofri, who is currently serving a lengthy prison sentence for his involvement in the murder of a Carabinieri officier in 1972 - it is well known in Italy that Sofri maintains he is innocent. War reports for the RAI by Sofri from Yugoslavia and Cecenia will also be shown. Les escadrons de la mort examines the systematic and scientific use of torture in modern wars, begun by the French in Algeria and rapidly adopted by modern torturers everywhere. The screening will be commented on by Marco Bertotto, president of Amnesty International Italia.

We are sure that this year’s program fully justifies the festival’s brand new subtitle - Cinemambiente, the cinema that reflects. 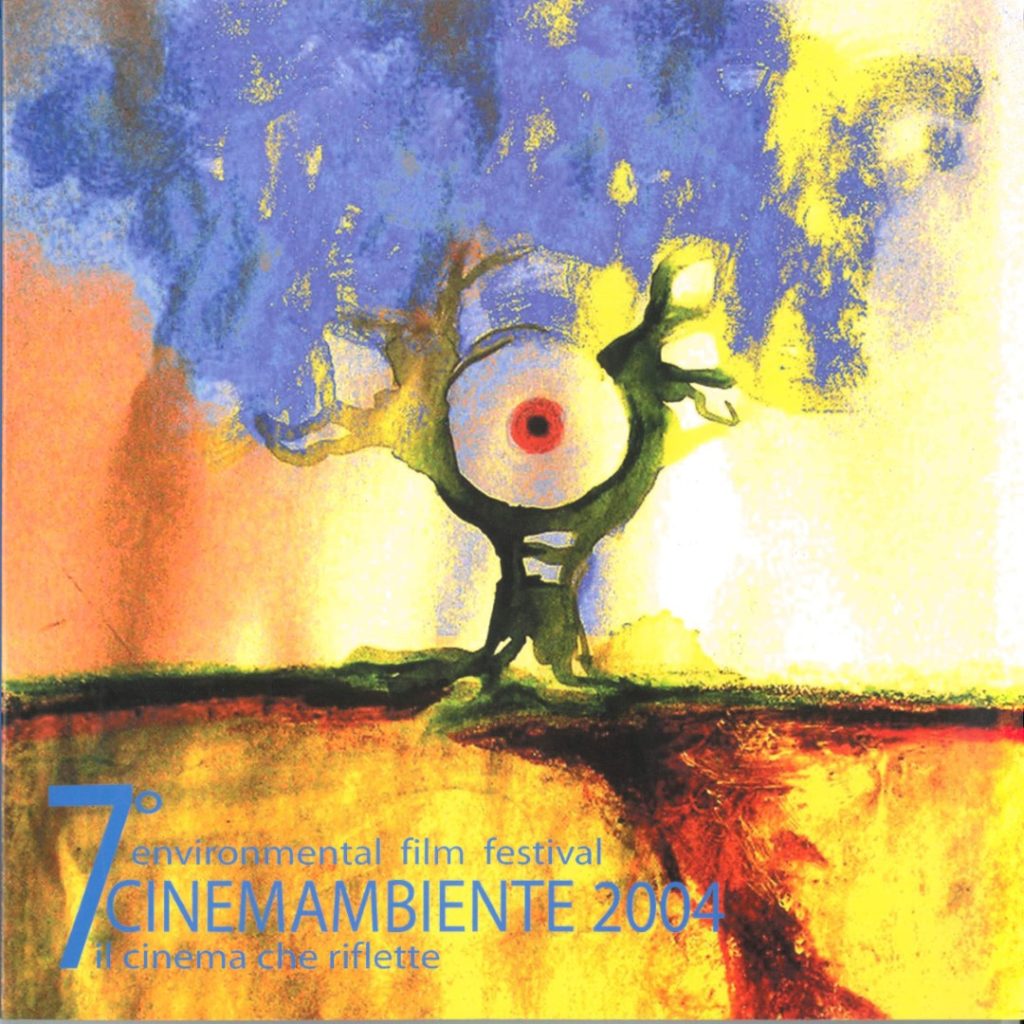