Off the coast of Ancona, the fishing ships Ulder and Mirage use the mid-water plagic trawl technique in which the net is cast by two ships working as a pair and drawn in by alternating between them. Flocks of seagulls swoop down to catch the fish that escape the nets. Buffeted by the waves, the ships come dangerously close, their hulls striking each other. The fishermen's faces are marked by deep wrinkles, their hands immersed in ice, and their backs bent as they work. 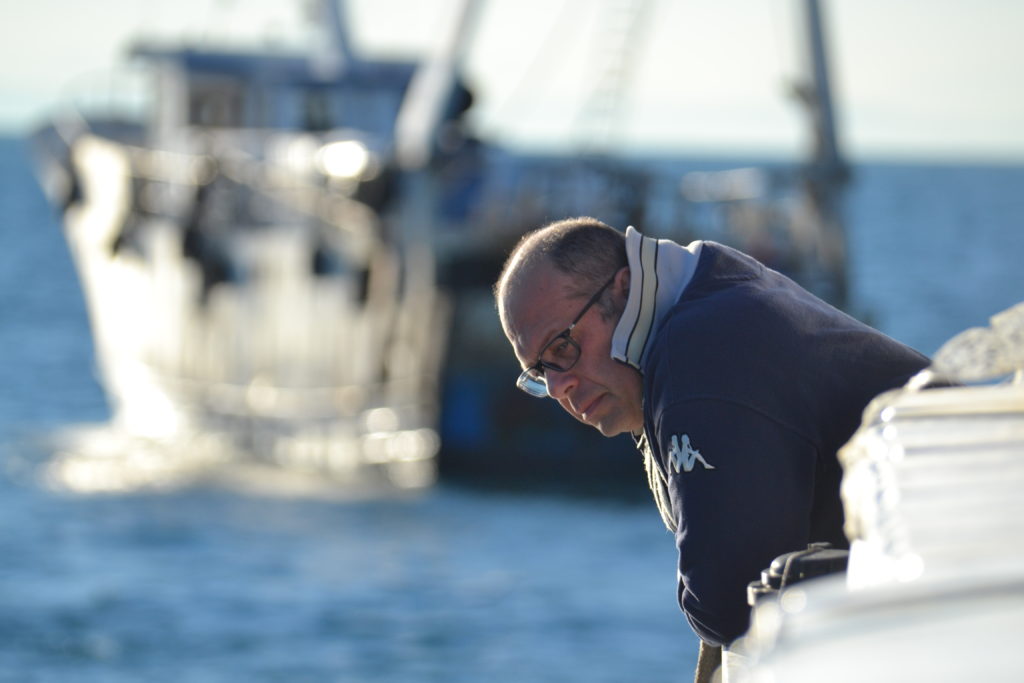