Antonio, in the mountains and pristine meadows of Molise, with tarassaco flowers in his beard, tells the story of a plant he has studied for 30 years: Taraxacum officinale, ordinarily known as dandelion and recognized for its many culinary and medicinal uses, despite being generally regarded as a weed. While gathering dandelions, he talks about the relationship between the plant and Milarepa, one of the masters of the Kagyu school of Tibetan Buddhism. 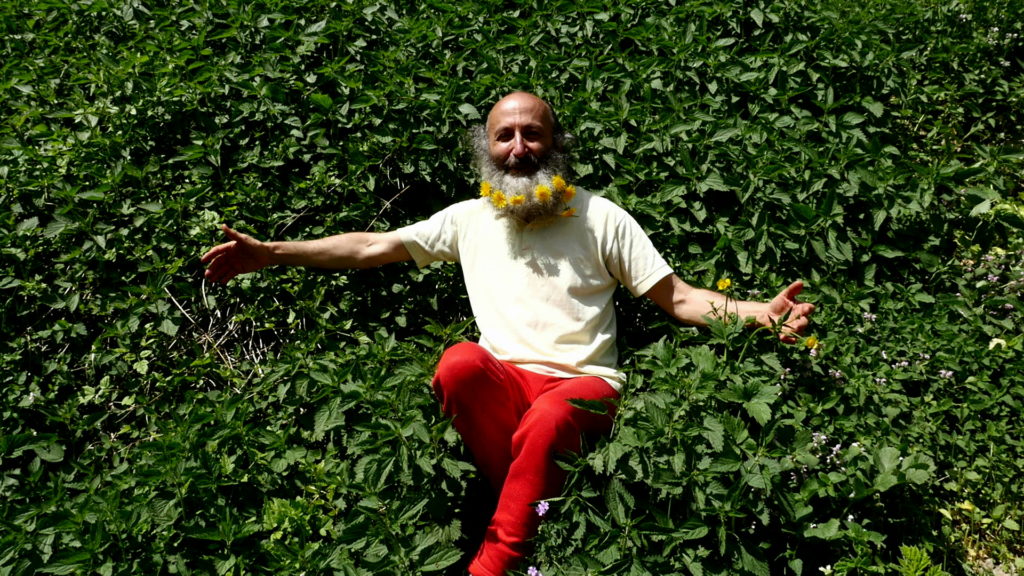 All you can eat

The Eco Farm on the World's Rooftop