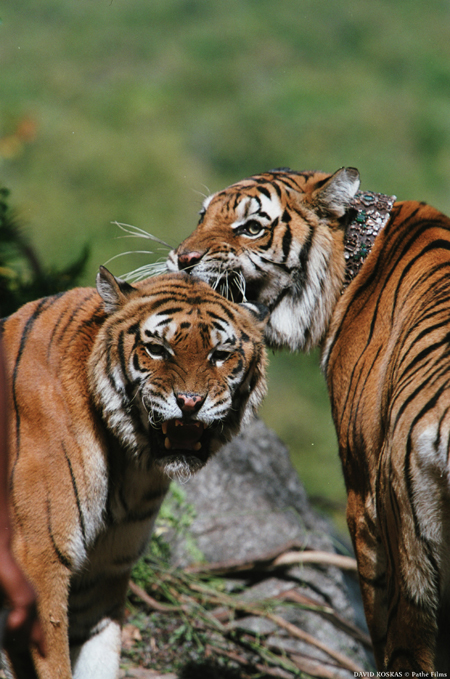 Due tiger cubs live with their mother and father amid the ruins of an ancient temple deep in the jungle. One day explorers raid the temple and capture the two cubs. One is sold to a circus, the other is brought to a prince's estate. Years later the two full-grown brothers wind up facing off against one another in combat. Filmed in Cambogia and Thailand over a 5-year period, with a cast of thirty tigers under the direction of French trainer Thierry Le Portier, who worked with Annaud on the film Grizzly.<%YOUTUBE=x7jxzan5LHw%>

Animals Relationship between Man And Animals