Tommy is the son of Bill Markham, an American engineer who is working on the construction of a dam in Brazil. One day he disappears in the Amazonian forest. He is looked after and raised by a tribe of natives. After a ten years' search his father finally reaches him in the village where he lives. Tommy, by now an adult, refuses to go back to "civilization" and chooses to live in the forest for ever. Once Bill has understood the reason of his son's choice and the serious danger the dam represents for nature and tribes, he decides to destroy it.<%YOUTUBE=j_H2M4FCKcQ%> 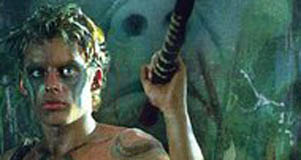 Relationship Between Man and Nature