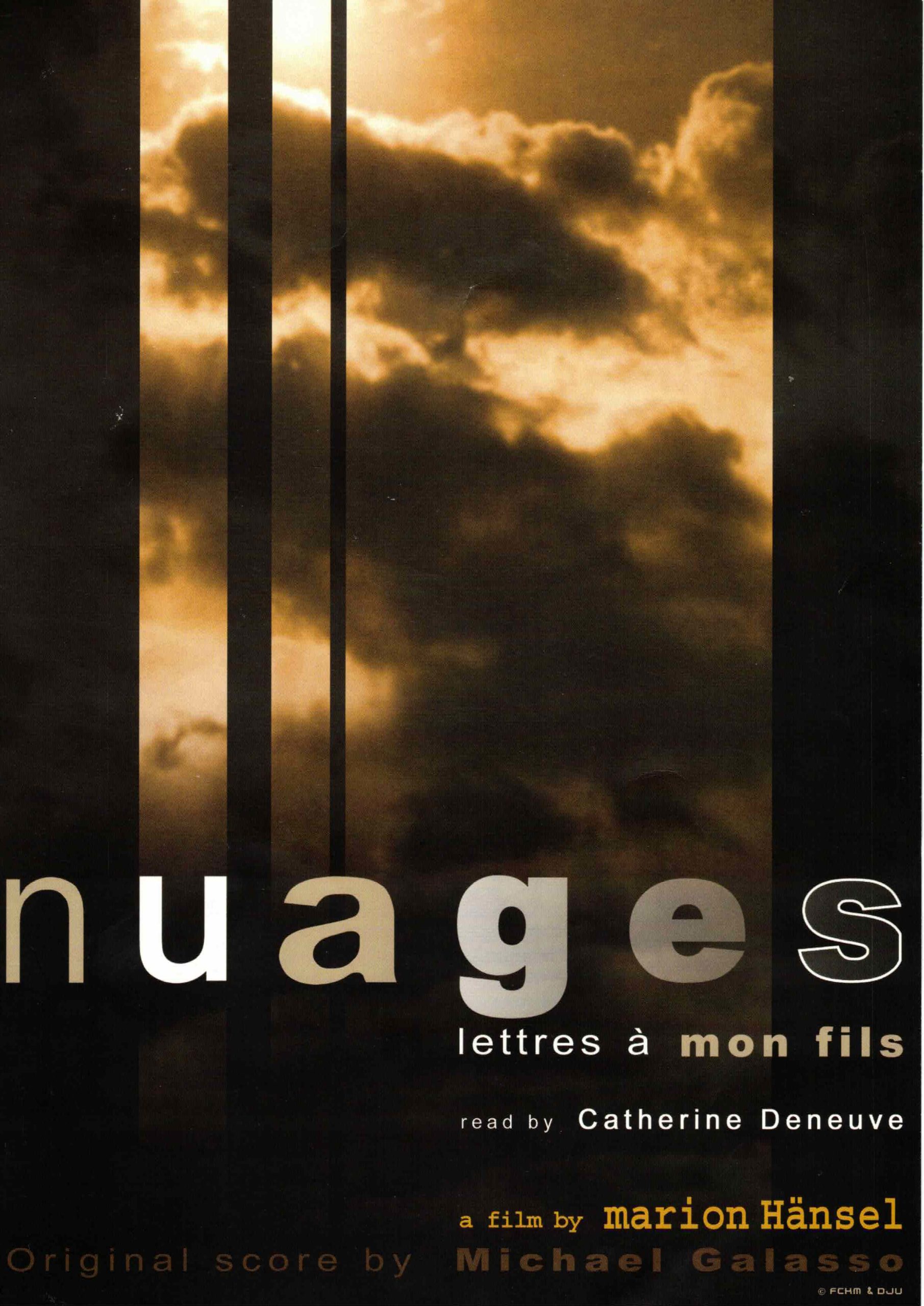 Clouds, letters to my son

Marion HÁ¤nsel has practically been fascinated by clouds all her life. While travelling and shooting, not only has she observed but she has also filmed them. So it came to her mind the idea of a film to make the audience dream. Clouds can evoke elementary images, but can also arouse emotions. An example are the Romantic clouds with their pink, purple or red shades, their reflections in the water or their rain load. Leaving temporarily fiction for this documentary, the authoress deals with the shapes and sounds suggested by any kind of vapours. Rhythm is provided by the letters that Marion has written to her son since his conception, love letters, soft touches full of joy and tenderness.Nuages has been made in several versions, using world-famous actresses who gave their voice to the letters according to the country where the film would be distributed: Catherine Deneuve for France, Carmen Maura for Spain, Charlotte Rampling for Great Britain, Antja de Boer for Holland, Barbara Auer for Germany. The music has been composed by famous Michael Galasso.