On 22 July 1975, in response to a challenge and without prior experience, Nino Viale, ski instructor at Limone Piemonte, was the first to ski the north wall of Monviso through the Coolidge canal. He was accompanied by his friend and fellow alpinist Claudio Bodrone, who recorded the descent with an old Super8 camera. Some 40 years later, five young men attempt to repeat the courageous feat. Accompanying them is extreme skiing champion Stefano De Benedetti, the first to descend the legendary west wall of the Re di Pietra. He observes them from a helicopter, filming the scene against the magnificent backdrop of snow covered mountains.In cordata selectionA meeting with the director, Nino Viale, Nino Perino, Enzo Cardonatti and Federico Ravassard will be held after the showing. Moderator: Leonardo Bizzaro 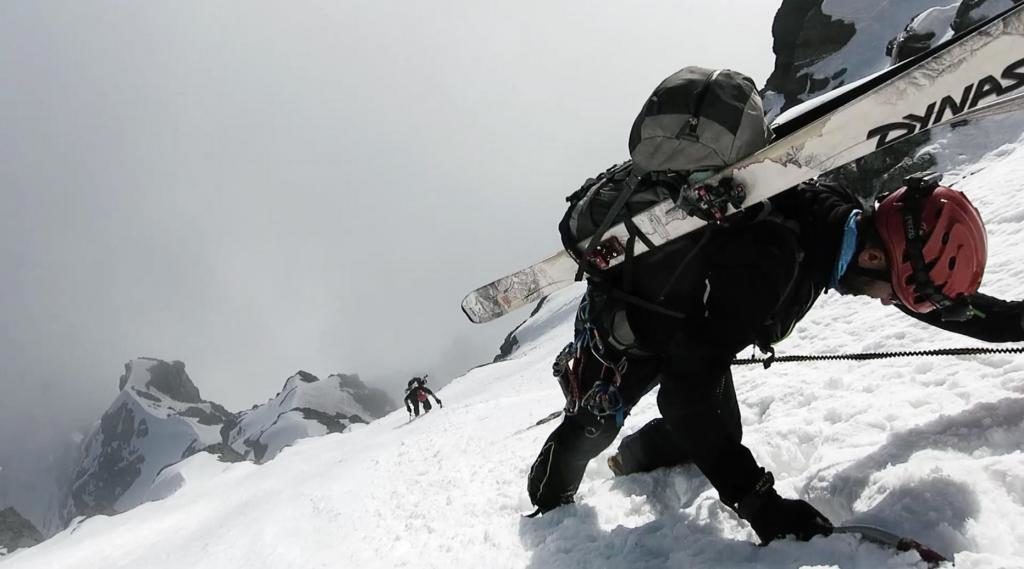