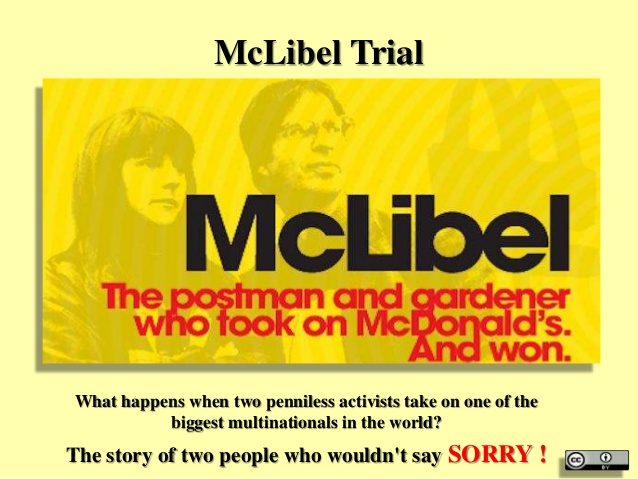 Defined by its author "a film not about hamburgers, but about the cruel power exerted by multinationals on our lives", McLibel reconstructs the most longer process in the Great Britain history, the McDonald"˜s against two members of London Green Peace one. Helen Steel and Dave Morris were accused of libel by Mcdonald"˜s because of the distribution of a pamphlet. The trwo refuse to apologize and decide to face up to the process to prove the contents of their pamphlet: the harmful to health nutrition, the incorrect publicity to children, the undepayed workers, the cruel methods of breeding and the slaughtering of animals, the destruction of tropical forests. At the end the two will able to prove some of their accusations to judge.<%YOUTUBE=l4FKLqy7SEY%> 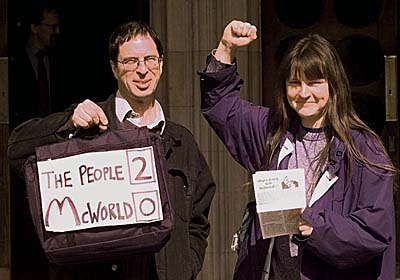 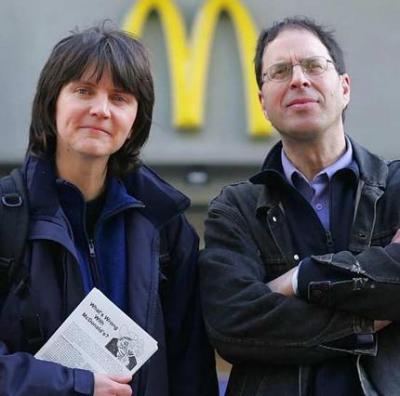