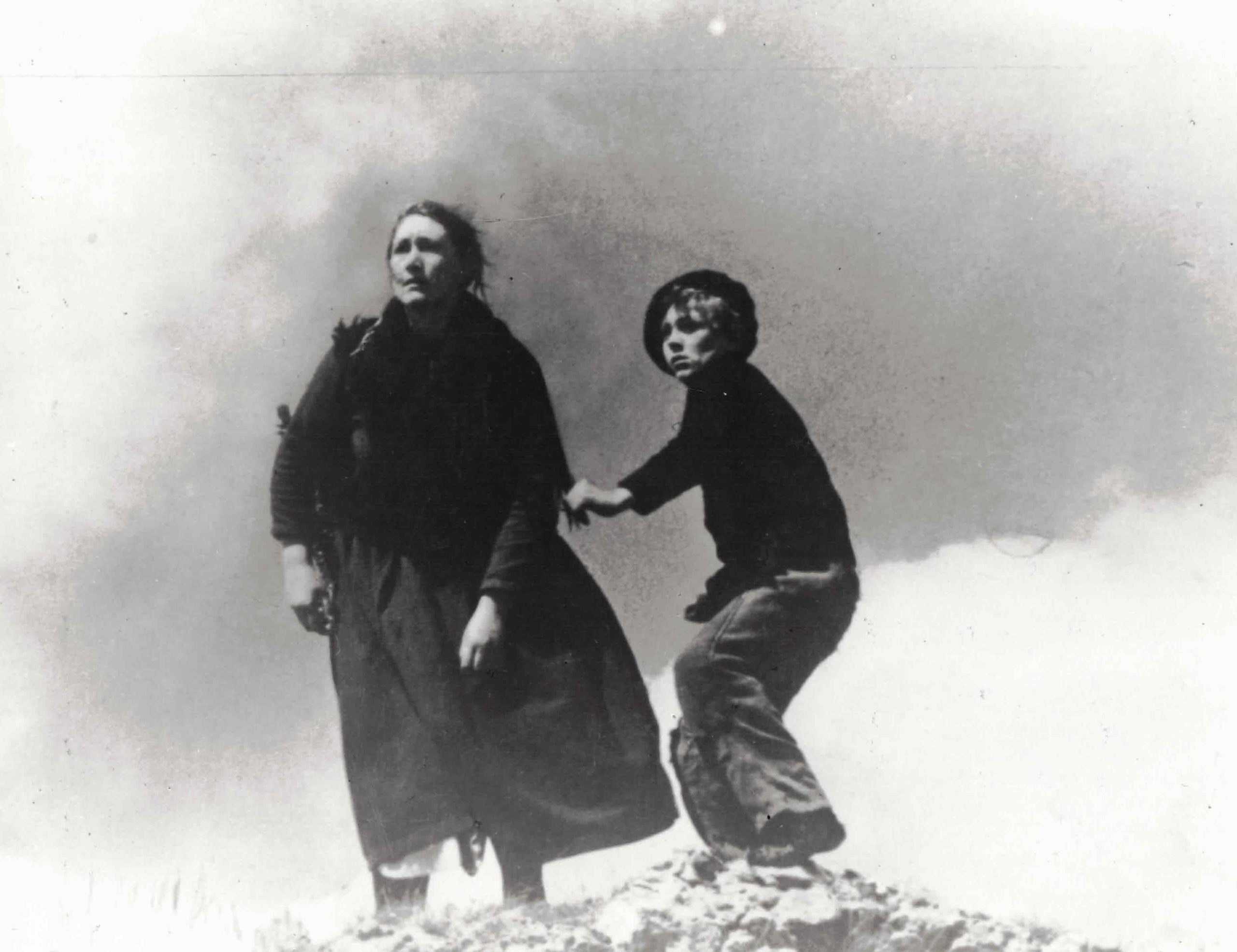 A prize-winner at the 1934 Venice Film Festival, the film was financed by British Gaumont and Michael Balcon, whom Flaherty had been introduced to by the Daily Express film critic, Cedric Belfrage (who lauded Industrial Britain). That financing gave Flaherty, along with his wife and other collaborators, the luxury of an extended on-location opportunity for filming on the island of Inishmore, in the Aran Islands.
Local inhabitants were chosen to play the part of the family. The director followed them through their daily lives, along rugged hillside paths, on the beach, in their boats or at work on their nets. He filmed these moments, their struggles against the constant winds and storms, building upon a trend already begun in earlier films - that of observing the way men live, in search of those typical characteristics that derive from habitual behavior. More than in his other documentaries, what emerges from Flaherty's Man of Aran is, in fact, an average, normal world, there for spectators to observe from a certain distance. We see a group of fishermen and their struggle for survival; people do not come off as either positive or negative; and, more importantly, there is no hero. Chacters are typical of the environment in which they live, inserted naturally into each one's own context, and live out their common expression under Flaherty's "realistically" intense eye.