This is the story of the longest tree-sit in the US history. The stafford giant redwood tree, also called "Luna", was discovered by "Earth First" during the Fall '97 Headwaters campaign. The tree was bluemarked for cutting. In order to save it from the chainsaw, a non stop tree occupation began. On eextraordinary woman named Julia "Butterlfy" remained in the tree for two years. The documentary tells about one of the most inspiring acts of civil disobedience ever. 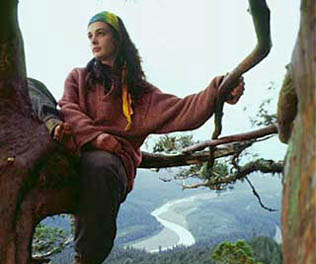