L'anima della Montagna - Parchi Nazionali e luoghi di fede (34'29")The Apennine chain forms a kind of topographical backbone of Italy. Besides this geomorphological feature are also the environmental and historical aspects characterizing the Apennines. Following the trails along the crests, the abandoned rail lines that once connected the country's interior from north to south, the film reveals Italy's heartland that resists rural depopulation and is home to new and old sources of spirituality.Terre d'Acqua - Il canale Cavour e il riso (26'13")A journey from Turin to Milan along the Cavour Canal as it crosses the extensive Po Plain rice fields. A major hydraulic infrastructure, the 80-km long waterway was built in the mid 1800s to ensure a constant water supply to the rice fields. The journey proceeds on bike and by boat through a unique landscape maintained by productive farming, wise land use, traditional and modern spatial planning and land use management. Sole, sale, Sele ... Le bonifiche della Capitanata e della Piana di Eboli (29'50")From east to west, from Apulia to Campania. Farming on the sandy soils of Zapponeta, the glare of the salt farms at Margherita di Savoia, and the dam at Occhito, the hydraulic basin has changed the future of Capitanata, an arid area where scarce rainfall would seem to preclude farming the land. Then, to the west, toward the Piana del Sele, where specialized crop farming is done, the fourth and fifth category on the food pyramid, in the heart of the area where the Mediterranean diet is rooted, a true "elixir for a long life". Adriatico - In cerca di una pesca sostenibile (32'18")Fish on Christmas Eve. In Naples, preparing eel is a sacrifical rite. Thus starts the search for eels in Lesina Lake in the Gargano National Park. Then the Adriatic in the Marches: the fishing trawlers and boats at San Benedetto del Tronto, the fish auctions at Porto San Giorgio, then at Pedaso and Pappa Fish, an educational project about food. The sea is not only an ecosystem at risk but also a laboratory for the future of fishing.Senz'acqua ... Fonti e Acquedotti del Sud-Est (32'59")A journey along the Puglia Aqueduct. Stretching from Caposele, in Campania, to Santa Maria di Leuca at the southern tip of Puglia, the aqueduct is one of Italy's major infrastructures constructed following unification of the country. Over 400 km on bicycle over service roads along the main canal. Then, on foot into the tunnels to see the work sites where maintenance on the over 100-year-old aqueduct is carried out to keep it functioning. The network comprises 18,000 km, bring drinking water to millions of people. Radici nel cemento ... Agricoltura in città (32'10")A new relationship between urban and rural space within major Italian cities is forming through the redefinition of "margins" and "undeveloped areas". We discover that cities like Rome, Milan, and Turin have farmlands: urban farms, rooftop vegetable gardens, green areas used for recreation and as a resource for promoting a new food culture. The route covers the Veio and the Appia Antica Regional Parks, the futuristic Intesa Sanpaolo Bank skyscraper, and the Basic Village in Turin. 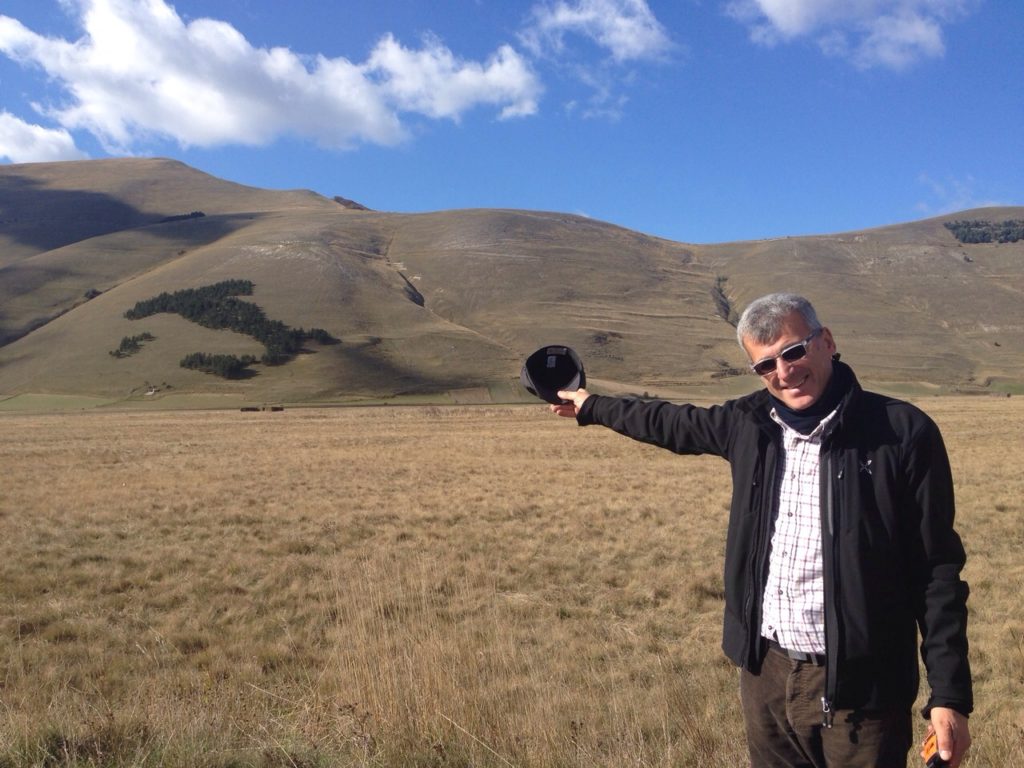 Return to the Earth