22nd November 1999: Elisabeth Brotons Rodriguez secretly sails with her 5 year son Elian and other 12 people on a makeshift boat leaving Cuba to get Florida. Only Elian and two other people survive the wreck. From now on it starts a struggle between the boy's father, who from Cuba claims his son unjustly taken away from him, and a handful of anti-Castro dissidents supported by American politicians and media, willing to construct a mini Cold War onto Elian's shoulders. 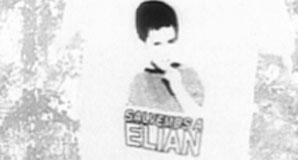