"Deforest" is an art/science project that combines environmental critique with material enquiry. In this project, sulphuric acid ... a highly corrosive acid that burns to the touch ... is used to dissolve photographs of old growth forest from subtropical Queensland. Deforestation is one of the key planks of anthropogenic climate change. It is responsible for around 12% of the world's greenhouse gas emissions, and also causes erosion and biodiversity loss. Our forests are vital carbon sinks, but they are also repositories of extra-human time, a kind of "memory of the earth" that is erased daily to serve the needs of the present. Within the context of the Anthropocene, deforestation is an urgent touchstone for the threshold between economic and environmental imperatives in both developed and developing nations. This project focuses on these issues in a unique way. "Deforest" seeks to find a media analogue for the depletion of the world's forests, using photographic media and a corrosive acid to "materialize" deforestation along different channels than the documentary record. The ruin of the image, the experience of its loss, and its relation to the world at large lies at the core of this project. Time-lapse photography is used to record the complex interaction between the acid and the slide film. The image is accompanied by music by Matthew Bourne and a soundtrack composed primarily of environmental recordings in the Bunya Mountains, a temperate rainforest in South-East Queensland and the site of the photographs used in this project. 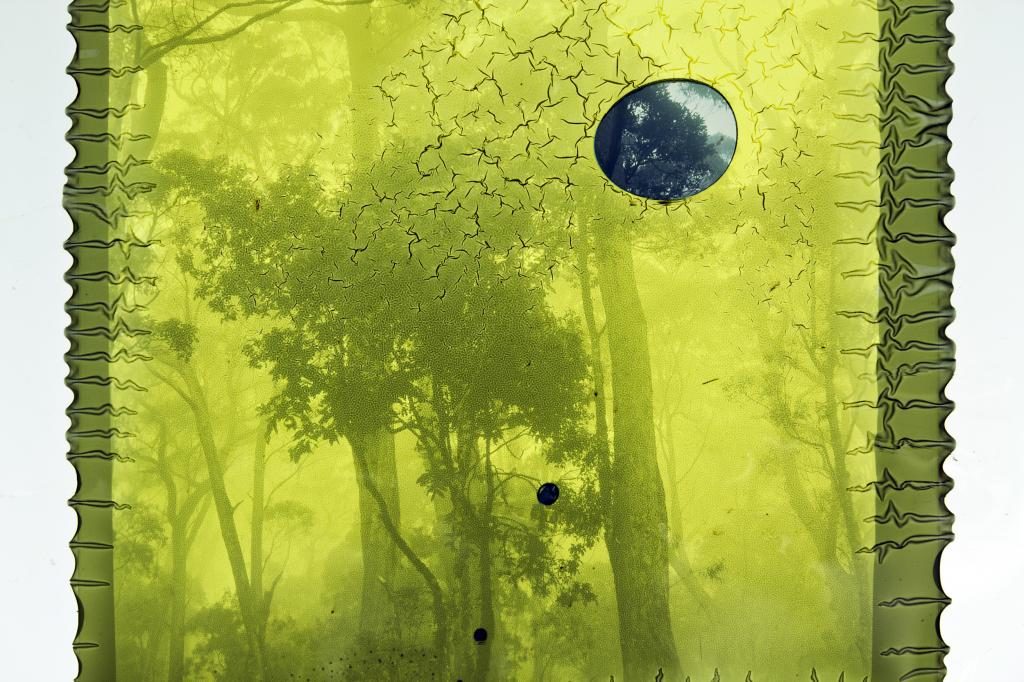 The Art of Flying

On the White's Trail

Living in the Future's Past