Jadugoda is a tribal area of the district of East Singbhum in Bihar (India). It first became known to the public opinion for the uranium deposits discovered by the Uranium Corporation of India Ltd (UCIL), which dug the only underground mine in India. UCIL did not bother to protect the people and the environment around. The excessive uranium mining and the consequent radiations caused genetic mutations and a slow death to many people, as it is proved by their medical records. Buddha weeps in Jadugoda is an attempt to make us remeber the tragedy which struck this population. 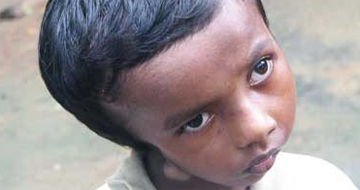