Now in its 17th year, CinemAmbiente offers much that is new, particularly the return to free admission. The Festival will run from 31 May through to 5 June, with film screenings, talks, and events involving filmmakers and personalities from around the world.

In addition to Cinema Massimo, film showings will be held at Piccolo Cinema, Cecchi Point, Cineteatro Baretti and Centro Studi Sereno Regis, creating a veritable circuit of socially engaged cinema. Featuring in this year’s Festival is the red carpet: a bike path outside Cinema Massimo that will become a runway for guests and filmmakers arriving by bike.

Many hands have helped in making the program: Legambiente in the Ecokids section, the National Center for Shorts Films, the National School of Cinema, and the Green Film Network, the world association of environmental film festivals, which will hold its annual meeting in Turin.

The Festival catalogue has been dematerialized; Festival visitors  can consult the program via a free-access app provided by CinemAmbiente or at the Festival website. Scheduled are 92 films, a dozen of which in advance showing for Italy and Europe. Light in style but serious in content, thought-provoking yet enjoyable to watch, the films explore the complexity of today’s world and the new frontiers in the relationship between man and his surroundings, shedding light on new and old problems, raising questions, and offering some surprising answers. 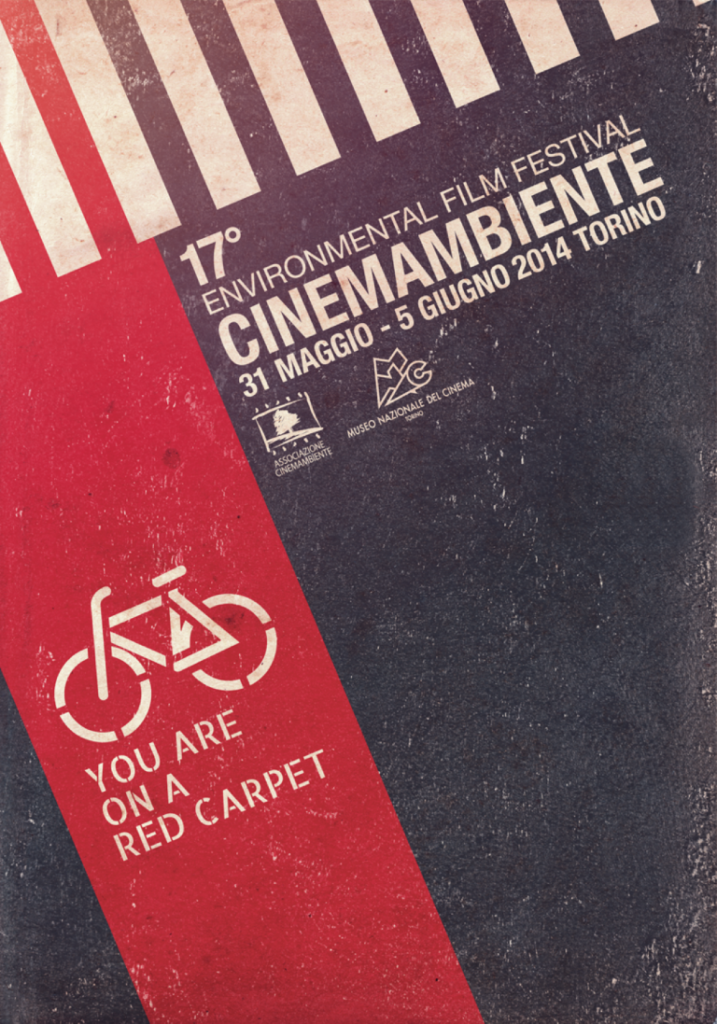