Having brilliantly overcome the psychological barrier of the 10th year of its life, the Festival CinemAmbiente is launching its 11th edition on 16 October. Now we can affirm that it is one of the most popular and longstanding environmental film festivals in the world. It is also a bulwark in Italy for cultural initiatives that talk about the environment. With films, panel discussions, analyses, exhibitions, talks with filmmakers, experts, writers and environmentalists, this Festival’s line up combines scientific and popular culture. It has become a ‘must-see’ event for those who want to be informed on the state of the planet. This yearly appointment also gives the audience an unswerving view of the lights and shadows occurring in the evolution of the environmental movement, Bringing up new problems and new solutions and monitoring the development and trends of environmentalist culture. In its groove of continuity, once again CinemAmbiente is presenting a calendar full of activities. Selected from among hundreds of films that entered the International Documentaries Competition, ten films of broad scope will be screened. Besides judging their environmental subject matter we felt it was important to also assess their cinematographic value. Films that talk about the return to nuclear temptation, goldmines and their effect on the local human and animal communities, fighter animals and their relationship with their “owner-trainers”. Then we have water and water politics, world visions and visionaries who imagine a sustainable future for the earth, journeys and extraordinary gatherings for “ethical living”, i.e. more or less resolute attempts to live daily life in an ethical manner. At this Festival we will find out happens when a family decides to imagine their garbage as something present in everyday life, such as dust, “iron-eaters”, whose unsustainable backbreaking work recycles ships, decaying seafaring giants. Lastly, we will see the planning of a mega-trails for bicycles and sheep. In Italian documentaries we are seeing the growing interest of their creators, to greater or lesser extents, in issues related to the environment and ways of living, concentrating sometimes on global issues and other times on purely Italian matters, but with universal significance. The Italian Documentaries Competition is featuring twelve films this year ranging from intensive fishing to global warming, from industrial development models to community-focus initiatives and meteorology compared to social movements and the oil crisis. As a tribute to the new Work Environment Section, a film on this issue was introduced into the competition. The competing filmmakers are Silvio Soldini, Guido Chiesa and Daniele Segre. The traditional Animation Shorts Section will present eleven fulminating films from eleven different countries. EcoKids is the section dedicated to the public school system and last year it reached 7,000 young spectators. The venues will be in Turin and another eleven towns in the Provincia di Torino and Val D’Aosta, with films for the elementary, middle and high schools. Focus on Human Rights has become an integral part of the Festival and it is organized in collaboration with Amnesty International. This year it sheds a cone of light on Tibet, Darfur and the dramatic situation of child soldiers. The attention that CinemAmbiente has always given to occupational safety, the protection of workers and the environmental and social consequences of industrial organization this year, thanks to the interest of the Piedmont INAIL, finds its own systematicity in the Work Environment Section. This section will have some surprises in terms of quality and the level of the panel discussions. A special section of the Festival will be dedicated to the theme of water, a free resource like the air that we breathe. But it has been converted into a commercial product. Water scarcity and the privatization of water distribution have become the instruments for political control over entire populations. These films will be shown again at the World Water Forum which will be held next year in Istanbul. Two exhibitions, some films and a roundtable will focus on the Inuit, whose living conditions are a thermometer for seeing global warming and pollution. This year we will again be holding our literary aperitifs with the presentation of new publications that deal with the environment. Leo Hickman, the environmentalist journalist of “the Guardian”, known by Italian readers through the humorous story he told about the year he spent with his wife and baby girl trying to live in the most ecological way possible. He will present his latest book on the nonsustainability of mass tourism. Other authors will talk about their books on the Guerrilla Gardens movement, waste in Naples, the disturbing reality of how pollution causes cancer and the concept of eco-literature. The theaters of Cinema Massimo will be the hub of the Festival but not the only venue: screenings, exhibitions and conferences will be held at the Regional Museum of Natural Science [Museo Regionale di Scienze Naturali], Circolo dei Lettori, Cascina Marchesa, Circolo Amantes, and in the aforementioned towns of greater Turin. I would like to point out the numerous collaborations we had with organizations, institutions, television broadcasting companies, and associations who are offering an abundance of experiences to infuse the event with an ever greater life force. As a confirmation of the international scope of the event, the festival will be hosting a godmother from the United States, the beautiful ecologist and actress featured in cult films Blade Runner and Kill Bill: Daryl Hannah. 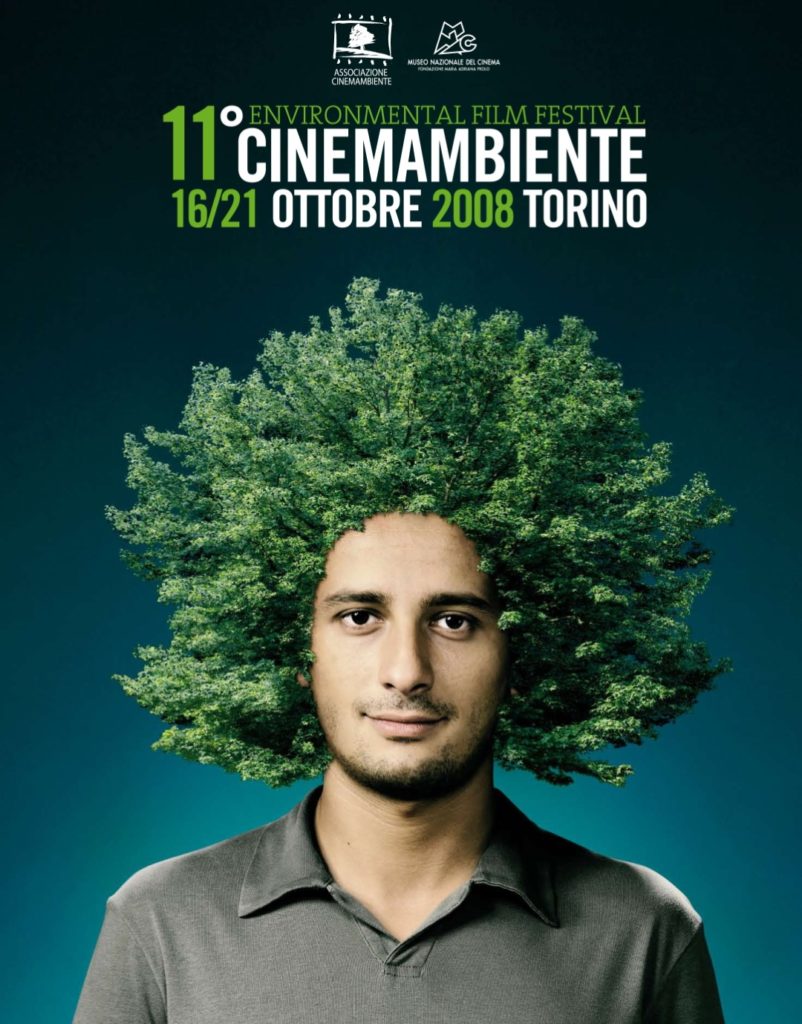