To begin with, here are some numbers - numbers are always necessary, they tend to provide an idea of the situation, and if worse comes to worse, we can play them in the lottery: 6 years of existence, 160 films, 4 competitive sections, 100+ guests, 2 retrospectives, 1 cinema with 2 viewing theaters, 1 party bar. Well, that's this year's edition of Cinemambiente for you.
Readers may be somewhat perplexed by the proliferation of figures above, but for the people behind Cinemambiente, who have worked hard to pile those stats up one by one, they mean a lot - they're the result of a year of hard work. And why not admit it? We're proud, because those numbers describe an annual festival that has grown each year since its inception, and is deeply rooted in both the local scene and the international circuit of film festivals. Cinemambiente is the living proof that a re-interpretation of the history of cinema in environmental terms and the promotion of recent cinematographic expressions of environmentalism have thrived thanks to the proliferation of film series and festivals focused on these issues, as well as the growing number of films that are sent to us for selection.
Indeed, this year Cinemambiente is among the promoters of EFFN, the Environmental Film Festival Network, an association of film festivals in the Mediterranean area. The great number of quality films sent in to us has led to a doubling of the the competitive sections. Documentaries appear as prime targets, with awards now given in two categories, feature and mid length. Seven films are competing in the feature length competition this year, of a broad artistic and production scope. There's Romania ten years after the fall of communism; the balseros, Cuban boat people; the situation in Chechnya, as seen from the eyes of a group of kids from a dance company; the deep injuries inflicted upon Algeria by fundamentalist terrorism; the slums outside the world's biggest cities; genetics; multinational corporations; genetically modified organisms… and the meaning of what we see on the screen and what we see in real life - in any case, there will be visual stimulation galore. No less intriguing will be the themes dealt with by the films in the mid-length competition - reflections on the Cuban situation, the Arab-Israeli conflict in a road movie across Israeli boarders; the conditions of Moslems in the U.S. after September 11; the story of Elian, the Cuban boy whose custody was contested by immigrant relatives in Miami and his father, in Cuba; lastly, the continuation of the extraordinary Le glaneur et la glaneuse by Agnés Varda.
The other two competitive sections are dedicated to fiction shorts - there's a chicken who bites his own tail; an unusual gathering of funds for children in developing countries; a heated discussion between ardent non-smokers and hard-core smokers; stories of immigration, multinational corporations, wars - in a light, elegant, and oftentimes ironic manner.
As well, the growing number of Italian films has made Cinemambiente a true testing ground for upcoming talent - to such an extent that we have created an all-Italian competitive category.
We continue Eco Kids, pride of students and teachers alike - this year's children's section offers nine feature length films, a conference on the theme water, with various film screenings, and a subscription campaign for youth faced with serious problems. Our annual focus on globalization and distant cultures looks at the Amazon region and the situation of the native tribes involved in the “Video in the Villages” program coordinated by director Vincent Carelli. The films presented here were made by native film makers - this time not only in front of the camera, but also behind it; not merely passive subjects, but directors using the means of cinema to express their points of view, and as an instrument of defense against the multinationals, gold seekers and the troops that sometimes back them up. Especially rich is the reflection on the cinema of the past, with two very particular retrospectives - one on Italian documentaries of the 1930s, curated by Orio Caldiron, and the ambiguities of modernization, with a series of Cines newsreels and documentaries that have been buried for decades on the shelves of the Italian National Film Library, some of which have even been re-printed for the occasion; while the second retrospective has been realized by Sergio Toffetti and Maurizio Torchio, who dug through the film archives of Italy's largest company, FIAT. The idea here is to get a handle on the model for social development proposed by a firm that influenced a century of Italian history. The two retrospectives are no doubt full of surprises, which intertwine with and complement one another, tracing research on Italy and the country's “development without progress”, as defined by Pasolini.
This year's festival is also an encounter with some very illustrious guests. The directors of all the films in competition are scheduled for appearance, as well as NIKITA MIKHALKOV, who won an Oscar in 1994 with Burnt by the Sun; and a Golden Lion at Venice in 1991 for Urga; he also directed Oci Ciornie, and is here to present L'autostop-Elegia russa, which was commissioned in 1990 by FIAT.
Finn Mika Kaurismaki will be presenting his Moro No Brasil for the first time in Italy, an in-depth, enjoyable film on the origins of Brazilian music. Vittorio De Seta, decan of Italian documentary makers, erudite, sensitive and discreet, will receive a special Career Award. Lastly, we're pleased to announce the creation of a new Cinemambiente space, the Beach, located at the historic Murazzi along the Po River, one of Torino's most heartwarming settings. Innovative cultural proposals, such as the Festival's Panorama section, combine with an open meeting-place format for the young and not-so-young, where lively discussion and good times are assured for all.

Tar Sands: To the End of the Earth 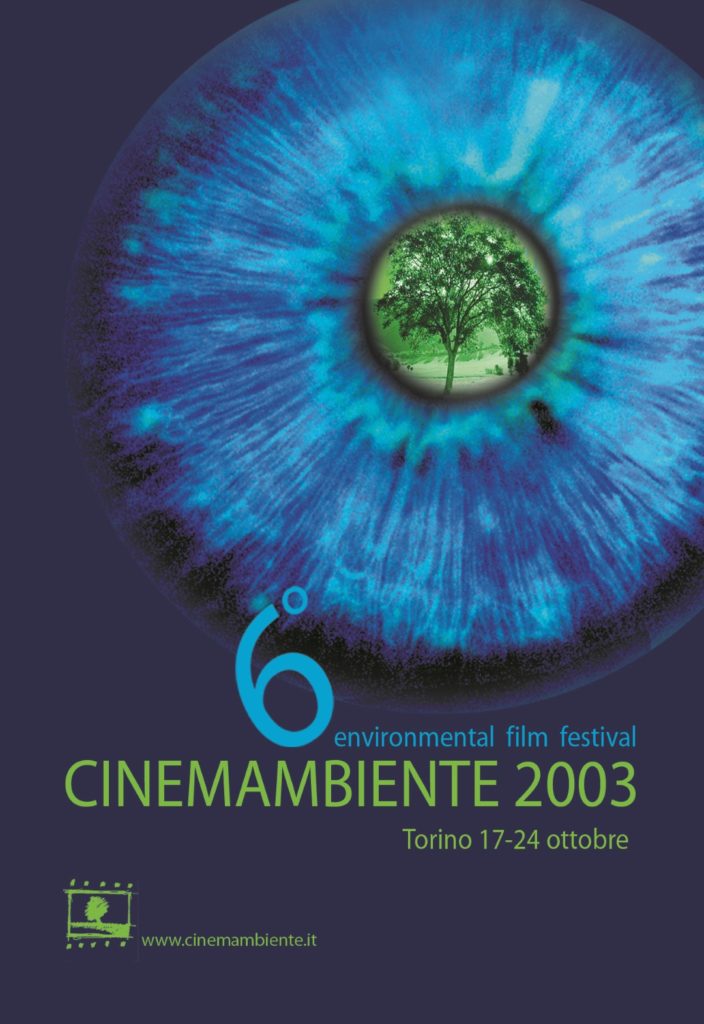